skip to main | skip to sidebar

A while back I got an email from a gentleman named John Balestrieri who was creating a watercolor app for iPad and iPhone. He had seen the still life I had painted at St. Joseph's Vineyard along with the photo of the actual set up. He showed me what he had done with the photo and I asked him if I could be a beta tester. 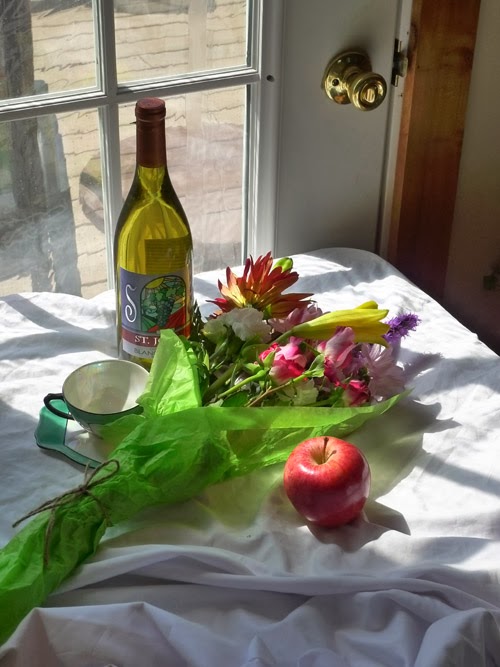 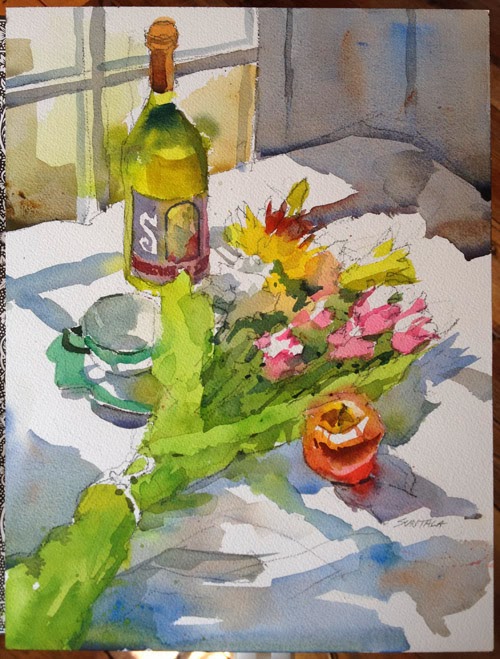 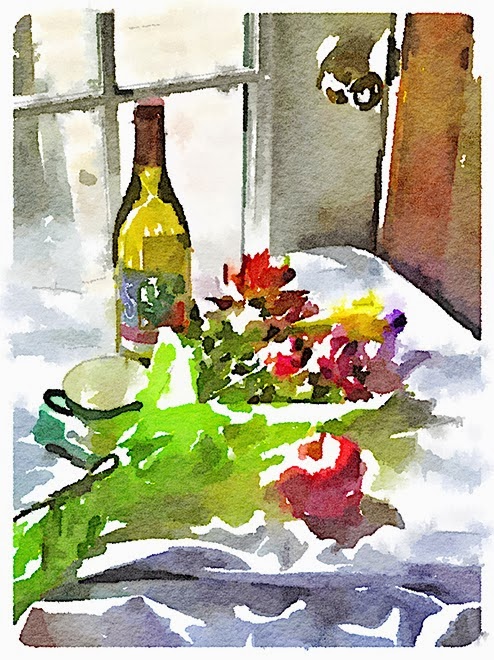 It's a lot of fun. If you're a fan of the watercolor look you can get some interesting effects. It's strongest suit is that it's not afraid to leave whites on certain settings. It does a little drawing first, then starts building the paint up, lightest tones first, darkest tones last. I love the texture and the way it breaks up hard edges every now and then with a soft bleed effect.

I enjoyed playing around with it and thinking to myself "if it had just made this decision instead of that one, it would have turned out truly incredible (instead of just WOW)".  So don't worry about it taking away any of your desire to paint. If anything, it gives you the itch to get back to your paints and make your own decisions. It may also give you an idea to take a painting into a different direction than you might normally have.

You've got to wonder if the artist is one of those jobs that will be automated someday, but I'm pretty sure you'll still need someone with a discerning eye to control the process. And hey, the 85 people who have the wealth of half the world's population will still want to by some original art!

In the meantime, I'm a firm believer in using technology to aid the analog art world and not replace it. Watching these appear on an iPad makes you want to watercolor even more and make bolder choices than the app itself makes. And if you have trouble unifying your washes, it will remind you how important it is to do so.

Here's some images that the app created from some of my photos.  It doesn't work so well on people, as you'd expect. That's where the artist still triumphs.

Highly recommended. Try it out if you have an iPhone or iPad. There aren't any plans that I know of to make a version for Android. 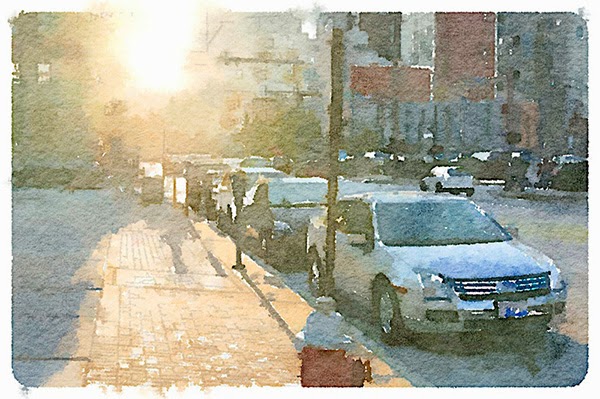 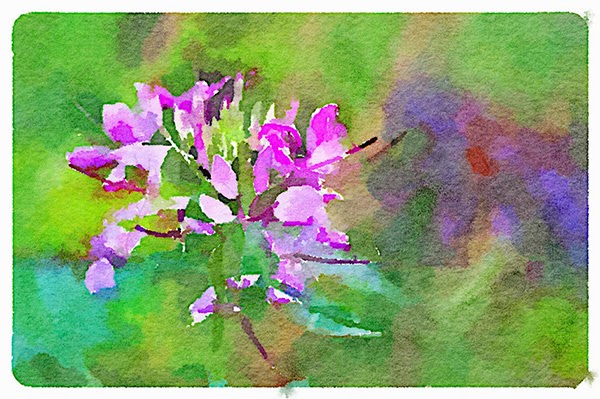 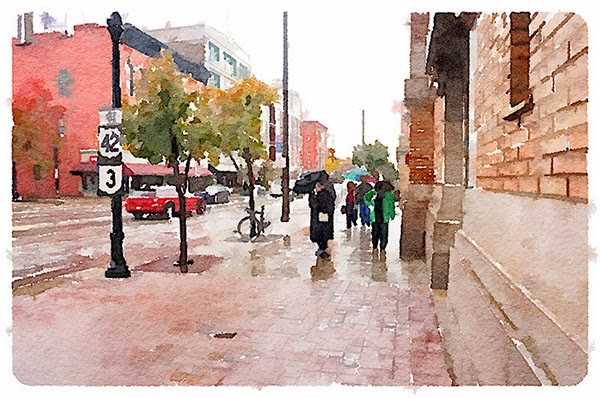 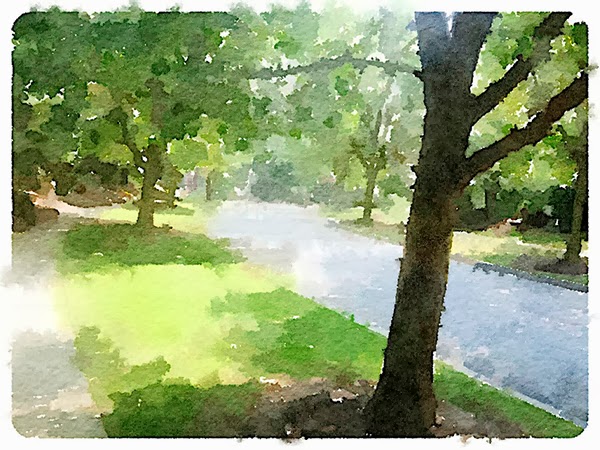 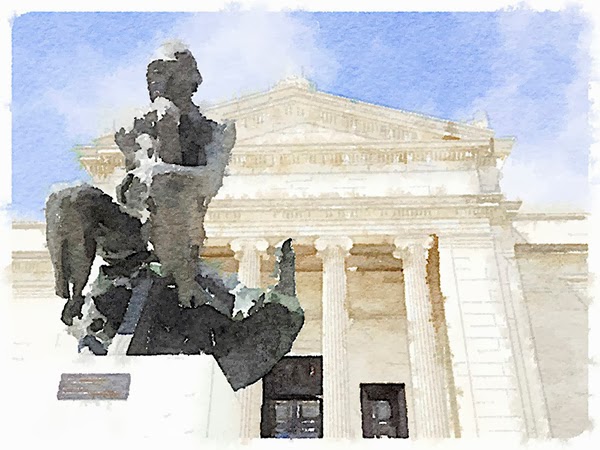 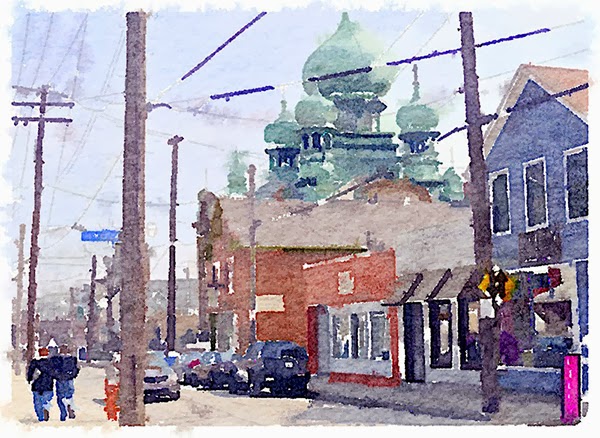 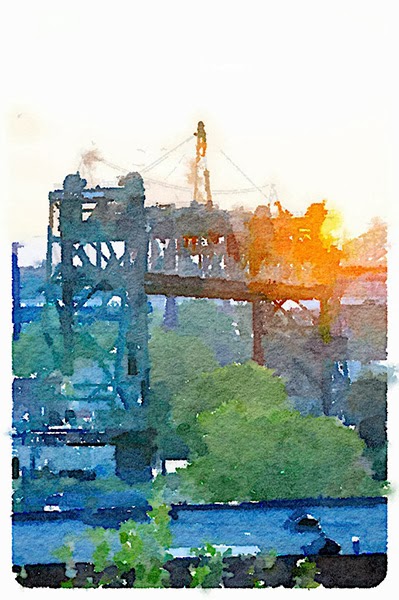 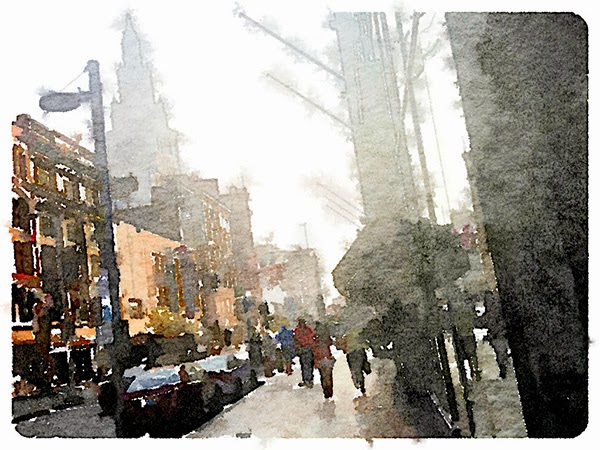 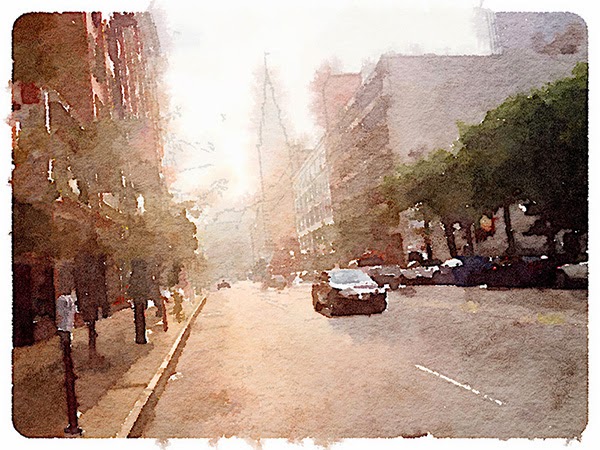 All I can say is that I have to grab the iPad and try this out immediately!!! Thanks for being the beta tester Jeff. I can also see the educational possibilities in this like looking at values and as you say, unifying washes or losing edges.

Let me know how it turns out Shari!!

Thanks Jeff! I downloaded this and it's going to be a great tool, besides a lot of fun!

I downloaded Waterlogue a few weeks ago when I started painting after MANY years of not (I typically work with metal and needed to soften up!) and I was afraid it would be a crutch. However, I have used it when I get 'stuck' on an area and found that my detail-oriented hand still comes through. I have referred to it and almost always said 'aha' when I've used it as a tool.

Apps like these do make me worry that the 'hand-painted-ness' will someday go away and we'll see walls in galleries covered with computer generated paintings. It makes it so easy to create, if you can call it that. *eek* I hope I'm so wrong.